Skip to content
Hi there! When you buy through links on our site, we may earn a small commission at no extra cost to you. We greatly appreciate your support! Learn More

If you want to take that extra step to sound better and make playing the guitar more fun then you could turn to the capo. Many guitarists incorporate the use of the capo and it is indeed a great skill to master how to use a guitar capo for the best music-making experience.

Welcome to today’s lesson in which we will provide you with all the information you need on this handy tool (capo) and how you can make the best use of it.

If you are passionate about guitar playing and changing the sound to complement your voice or choice of songs you wish to play using a best guitar capo then with the help of our beginner’s guide you will be able to do just that.

So without further ado let us get into this guitar capo guide.

First, we will answer 3 important questions:

What is a Capo?

A capo is a tool that you can use while playing the guitar to modify the sound or raise the tuning of the instrument to the desired level. 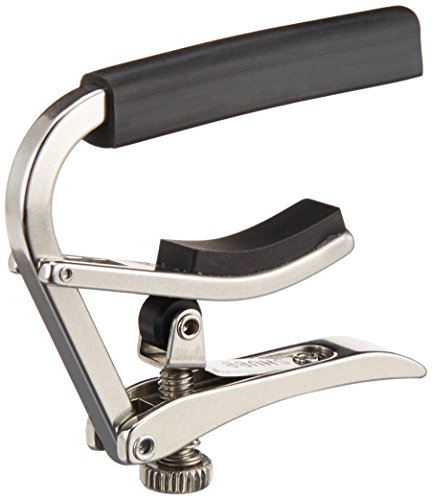 If you are looking capos for electric or acoustic steel string guitar, then check our recommendations. (Links to Amazon so We get a commission if you make a purchase.)

How does a capo work?

A capo looks and works like a clamp. It needs to be positioned at a point on the fretboard and ‘clamped’ down. You will need to loosen the capo to move it up and down the fretboard until you reach your targeted fret and then close the capo to lock it in place. Once this is done, all the strings on that particular fret will be pressed down.

What does a guitar capo do? What is its purpose?

The main purpose of a capo is to raise the key of the guitar. If you are having difficulty with complex chords down the neck then a capo will enable you to attempt them with more ease without changing the chord shapes.

While playing the guitar with a capo you can maintain the same chord voicings though you change the key. You will be able to use the same open chord forms but the notes will be different. For example, let us say that you have placed the capo on the first fret and played a C chord, the sound that will be produced will be a C#.

In simple words, you must play thinking that the fret below the capo is the first fret on the guitar’s neck.

How to Use a Guitar Capo For beginners: Main Steps

Moving on we will now get to know how to use a capo on guitar. The two main steps involved are a) positioning the tool and b) playing with it.

We have explained both the steps below in the simplest way possible so even beginners can get a clear understanding of how to use a capo.

a) Positioning the Capo

Step 1– You may need to turn to the sheet music that tells you which fret to place your capo on or as a beginner just use it on the first, second, or third fret to get used to the change in tone.

Slide your open capo to the desired fret and clamp it down. This should press and hold all the strings down on the fret.

Step 2– Depending on the type of capo you need to make sure that the tension is distributed evenly so that the sound produced will be smooth. In order to do so, you must avoid tightening the capo while it is in the middle of a fret. Move the capo closer to the edge of the fret and closer to the body of the guitar before tightening it.

b) Guitar Playing with the Capo

Step 1– Tuning your guitar is crucial because it determines how the notes will sound when you play. There are several tuning techniques but the most common one for beginners is to go by the E, A, D, G, B, E rule. Always start from the top moving on to the bottom.

Step 2– First play the chords openly without using the capo. If you know how the chords sound naturally by ear, it’ll be easier and faster for you to pick up the newly made sounds by the addition of a capo.

Step 3– Know that bringing a capo further down will enhance the tone of the chords you’ll be playing. This will allow you to make more upbeat and buoyant music. Before choosing a specific fret to cover the rest of the song you wish to play, try experimenting by positioning the capo on each fret so you can learn what kind of sounds will be created through each fret.

Step 4– There’s plenty of transposition charts all over the internet and this can turn out to be of big help when you’re new to learning how to use a capo for guitar. Transposition charts help by letting you know various chord shapes and which chord you are actually playing at the moment by showing you a visual representation of where your capo is placed.

Step 5– Before you start making music with a capo on, you need to clearly understand and identify the difference a capo makes when added to a guitar. You will be able to use open chords but once you put on the capo on a specific fret, the chord notes will be altered.

Step 6– Most of us take up guitar lessons as a hobby but there are some people among us who are aspiring artists or in a school band, hence increasing the necessity to learn how to play properly with a capo on while playing with others.

While it doesn’t seem like a problem, as a capo alters the note of a chord entirely, it can be confusing for every person in the group to make sure they’re all playing the same note. That is why it is necessary for everyone playing the guitar with a capo on to be on the same page.

As you know, there are seven chords for each of the keys and they correspond accordingly. The capo you will have on will change the chords when placed on the fret, so move it up and down in order to find the correct fret you are happy playing in.

How to transpose using a capo: Video

How do I know which key to place a capo on?

First try playing multiple keys in whatever position or way you want, to get the sound of it. For example, the chords G, A minor, B minor, C, D, E minor and F diminished can be played without using a capo. Hence you can play the G key with a capo on the fifth, seventh and tenth fret.

But know that playing a guitar with a capo this high on the neck can come off sounding a bit odd at first on most guitars.

What number is the fret right below the one I placed the capo on now?

For capo placing, you have to act like the fret below where your capo is placed is the first fret. So even if your capo is originally placed on the 5th fret, the one below it is now fret 1. The capo wherever placed will be fret 0.

Can you use a capo on an electric guitar?

But needless to say, you may need to adjust the tension of the capo differently from what you have on your acoustic guitar.

Is playing with a capo cheating?

Playing with a capo isn’t cheating if you want to change the tonality of the guitar to better suit the song you are playing. Using a capo in this case is justified because it allows you to easily play such open chords that would be very challenging with barre chords.

In contrast, if you are using a capo because you don’t have the skill, then one could consider it cheating. If you’re lazy to learn the guitar and view a capo as a tool that would make playing guitar easier, then yeah, that could be called cheating. 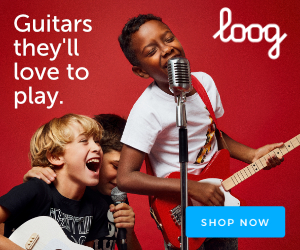