Skip to content
Hi there! When you buy through links on our site, we may earn a small commission at no extra cost to you. We greatly appreciate your support! Learn More

There are others of course, but most of the top brands prefer to use these two for a lot of good reasons. Both does have a distinct sound and creates different tones and really, it’s all about preferences or the type of songs that you are playing. Top brands manufacture the same guitar models but with different wood versions.

But you’re probably here to help yourself make a sound decision of which one to go with, for now, right? So, let’s get the ball rolling with our in-depth mahogany vs rosewood discussion.

Here we will do a head-to-head comparison on which is better mahogany or rosewood when used for its physical properties as a guitar’s body, sound quality, and a lot of other aspects.

Rosewood vs Mahogany back and sides, top and other body parts

All right based on the opinions of experts all over the guitar industry, it’s highly regarded that rosewood is the sturdier option as material for an acoustic guitar. Whether it’d be for a guitar’s top, back and sides, neck, or any other parts of it.

Mahogany is generally known as a dense wood and is known as hardwood and used for any other purposes aside from musical instruments but some would only describe it as strong-ish. Now, this doesn’t mean that mahogany breaks easy but a lot would dispute that when it comes to sturdiness, rosewood is a clear winner.

Well, to be fair, rosewood is the pricier option (we’ll discuss more on that later). It is denser and harder than mahogany that’s why it’s also utilized for fretboards and bridges. But there’s a catch here, rosewood is not used for guitar tops.

Why isn’t it used for guitar tops then? That’s because rosewood is considered too dense as a guitar top and that would affect how the sound would vibrate in a guitar.

For backs and sides though it should be excellent. Rosewood produces more complex overtones and makes rich guitar sound with a lot of resonance and volume depending on the top.

Rosewood back and sides with a Sitka Spruce top is the best tonewood combination for many guitarists, usually for strumming, fingerpicking, and flat-picking. Since Brazilian Rosewood is extremely rare and massively regulated tonewood, Indian Rosewood became the popular alternative.

Mahogany, on the other hand, is oftentimes reinforced with some other kind of wood when used as a guitar back or sides. This is for the purposes of both making the construction a lot sturdier and at the same time, balance the sound to perfection. That may seem like a point for rosewood but after that, things can already get subjective.

When it comes to tone, the sturdiness of a guitar’s material no longer matters.

Generally, mahogany woods are known to produce a dry, warm, and woody sound. Plus, bright and tends to stay in the mid-range of the frequency spectrum. They have very subtle overtones and the highs are usually soft and not that pronounced.

Rosewood, on the other hand, is well-known for producing overtones and a deep base sound. Compared to mahogany, its sound does not really dwell on the mid-range spectrum. It’s got pronounced lows and very crisp highs.

Overall, rosewood creates a fuller sound that resonates more with a wider dynamic range. Mahogany has a bit more earthy and raw sound to it if you will. From that, you can already determine which music you might want to play with both materials, where to play them, and also what suits your playing style.

How your acoustic guitar looks is also important to you as an artist and as a performer, right?

Well, yes, but maybe not as much, but let’s just entertain comparing how mahogany and a rosewood guitar look like for a sec.

Both these woods have a dark color gradient to them and to be honest, if you are not familiar with them you can’t really tell them apart. So, yes, it’s not just in the tone that untrained ears would probably be confused with especially since the difference in tonal quality differs or becomes vaguer and vaguer with different brands or guitar models but these two wood materials actually also looks aesthetically the same.

But once again if you look closely, you’d realize how rosewood got its name with its crimson-like color and darker overall shades. Mahogany is once again the rawer and woodier one of the two.

Ah, the price! It’s everyone’s favorite comparison aspect especially if one is on a budget. That’s pretty understandable given that some of these instruments aren’t cheap. But given that you’re here reading this write up then we are sure that you don’t want to waste any money on the wrong instrument for you. Good job!

We did mention earlier that rosewood is the pricier option and the primary reason being that it’s the sturdier option. Once again, the reasons most likely stop there for tonal preference now becomes subjective.

You have to understand that rosewood is a very exploited type of tree and from that, the inflated price for these rosewood guitars comes from. It’s utilized for a lot of other things like furniture, other musical instruments, and even something not remotely as related to music like rosewood oil. It’s luxurious, that’s the bottom line.

Mahogany is also considered expensive but not as (expensive) compared to rosewood as also used for a lot of other things. So, in general, mahogany woods are a bit more affordable especially that it depends on where the tree used comes from.

Mahogany grows in tropical countries and that can be a factor in the price of your guitar.

Just a reminder, you still need to consider the brand here if you’re looking at pricing. Taylor or Martin guitars, anyone?

As mentioned, these are two of the most popular woods utilized for guitar overall. Mahogany is mostly found in Central America and Mexico and is even the national tree of Belize. The popular Martin D-15M is, of course, made of mahogany and is all-solid.

It’s got deep overtones for a mahogany guitar and as mentioned, this is where the comparison gets vague. Another popular mahogany guitar is the Taylor GS Mini-e. And, let’s not forget about great electronics if we’re talking about acoustic guitars as that affects the wood material’s sound output too.

For rosewood, other than being used as parts of a guitar, it’s perhaps very popular as a fretboard. As a musician, you’ve probably heard or read about guitars having rosewood fretboards over and over again.

That’s because it’s one of the most circulated fretboard tonewood today. And for those who don’t know, two types of rosewood are dominating the market. As with every product, there should be a somewhat consumer-grade version of this expensive piece of wood and for rosewood, it’s the Indian rosewood.

You’d know its Indian rosewood if it exhibits a dark brown color with an even grain. The very rare and expensive Brazilian rosewood, on the other hand, has a wider range of colors from light to very dark brown color scheme. Rosewood fretboards are common in all types of electric, bass, and acoustic guitars. Rosewood guitars are also naturally oily.

We’ve spoken about two of the top woods used for guitars and so right now, we think it’s only appropriate to shed some light on some other wood materials used for this instrument.

Spruce is the most frequently used tonewood for acoustic guitar tops due to its all-rounder tone nature that reacts favorably to aggressive and subtle playing.

Sitka spruce is readily available and commonly used top wood that suits various styles of playing. Sitka spruce is relatively light but highly stiff, so it has strong fundamentals than overtones. It also resonates and responds well with a wide range of tones.

Adirondack Spruce is relatively heavy, produces greater overtone content, and loudest sound with clarity than Sitka. Due to the over-harvesting of this wood, insufficient supply makes it more expensive.

Engelmann spruce is another alternative to Sitka, which also grows in North America. It is lighter and less stiff but delivers a warmer and smoother tone than Sitka spruce.

Overall, Spruce tops are less dense and tend to have more treble. Acoustic guitars are commonly made with a combination of spruce tops and mahogany back and sides to receive the best of both tonewoods.

When it comes to popularity then perhaps maple would be up on that list together with rosewood and mahogany. Maple is a staple when it comes to musical instruments.

Maple is identified with its bright tones and physical traits like having moderate weight and classical grain patterns. Maple is very dense and tough and that’s exactly the reason why it’s mostly utilized on smaller and slimmer guitars. 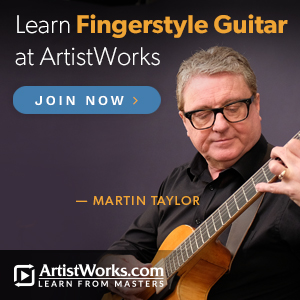 We also need to talk a little about fingerboards as it’s one of the most important parts of a guitar. Ebony is such a popular material used for it. It’s very durable, has a bright attack to it, and sustain you’ll truly appreciate.

It’s perfect for guitar with longer necks and it’s more percussive. Overall, it’s a delight to play with and pretty much for versatile guitar players.

Walnut has a slightly warm tone and has a good amount of sustain to it. It’s also relatively heavier than some wood types and looks really nice with oil finishes.

It’s a resounding YES! Mahogany guitars are just like a fine wine that tastes better as it age. Mahogany guitars though take their sweet time to come to the fullest of their sound potential but it’s worth the wait.

How can you tell if mahogany is real?

Real mahogany if it is finished properly will have a fine grain with rich color and silky appearance. It will catch the light differently than some other wood. It will also have striped or ribbon-like interlocking grains on its quarter pieces.

How do you identify Rosewood?

It can get tricky as rosewood’s color range is just as wide as its tonal tendencies. It can go from a light purple or crimson like brown in color to dark chocolate. So, given that it’s expensive, you need to be extra careful with your purchase and make sure you are buying authentic ones. One thing to remember is that it can have black streaks that can form a unique grain pattern often called landscape or spider webbing.

So take your pick! You now have all the data in front of you, it’s just a matter of knowing what sound you want to create for your music. Focus on what you want to do as a guitar player and decide which type of wood should make up for your next purchase.

Remember, generally, rosewood has a wider range of sound and mahogany stays mostly on the mid-range spectrum BUT that may vary per brand or guitar model. Take your time and make sure to try out that acoustic guitar before any purchase to find the one that sounds better to you. 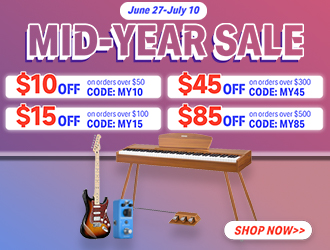 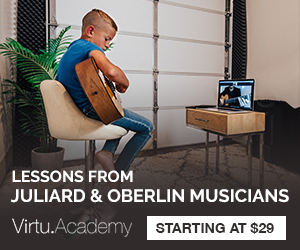